Are WeldTec TIG Torches Really that much Better than Weldcraft?

I always like to look and whats new in TIG torches each year at the Fabtech welding show and you know what? most of the time, there is not that much that has changed.

But, I did see a tig torch that got my attention. 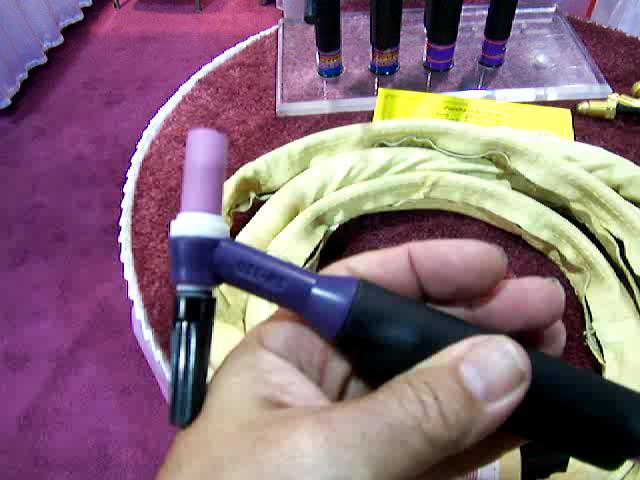 Maybe you didn't catch that so I will say it again....

Now you can use a small Tig Torch on your Miller Dynasty 350, and still be able to push it almost to the limit.

thats a big deal for me.

I like small tig torches. All things being equal, I will choose a small torch over a big one every time...(one exception might be when walking the cup on a root pass on heavy wall pipe.)

Small torches will go places where big ones cant. like 3 inches deep down inside 3 inch square tubing, or welding a cracked bracket on an airplane motor with wiring harnesses and instrument lines in your way.

And if I can have one torch that handles all my tig welding needs, and it happens to be a small one, well that just makes me happy.

The oversize cables on this torch allow more coolant to flow and keep things cool. But they are still extremely flexible.

And The soft flexible pigskin cable cover is a nice touch and is one of the better cable covers I have seen.

Welders who use the small style torches like #20 and #25 might not need 320 amps very often but what they do need is a torch that stays cool and will last a long time...even when pushed during a long series of weld build up as shown in the video above.

There are times when a torch takes a beating at a lower than maximum amperage just because it does not get time to cool...that's when the oversize lines and extra coolant flow really make a difference.

What is so great about this Air Cooled Tig Torch? 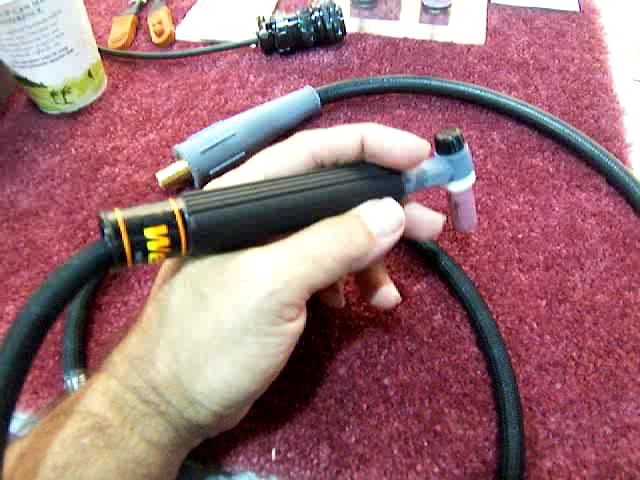 Its the Whip! ...The Whip is so flexible, it makes it as easy to use as a flexible water cooled tig torch

Another innovative torch at the WeldTec Booth was this small #9 style air cooled torch.

In the aerospace welding industry water cooled tig torches are the norm. Not for the amperage carrying limits but for the size and for how nimble the hoses are.

After a day of tedious edge weld build up on .030" inconel thick air seals, the wrist and hands can take a beating.

Carpal Tunnel syndrome is a big deal for welders doing this type of work.

Its not physically demanding like hanging off Red Iron a hundred feet up but Its repetitive,its tedious, and we know it can cause problems with the nerves in the hands and wrists.

A soft nimble hose makes a difference after hours of welding. ... and every little bit helps.

I have known at least 5 guys who have had carpal tunnel surgery from tedious welding and grinding.

After the surgery , All of them are very picky when it comes to which torch they use.

A Tig torch that is easy to manipulate and does not require a water cooler will help a lot of welders.

PS. I wrote this page several years ago.  Everything here is still current,  Now I sell both CK and WeldTec tig torches on my  store at weldmonger.com